2016 started with the insurance repairs to the inside of the house, having finally fixed the water leaking through the roof. Firstly a piece of the ceiling & an architrave were replaced, then the blokes came to replace the flooring throughout the living areas. They were fast & efficient, despite having to work on some of the hottest days of the summer, moving furniture as they went from room to room. Then, after several weeks, the painter arrived, having been delayed by yet another bushfire he had attended as a local volunteer. What a difference the work made! We were able to change the colour of the flooring as the original flooring was out of production & we finally got rid of the cold, almost white walls. They are now a  light  soft beige. 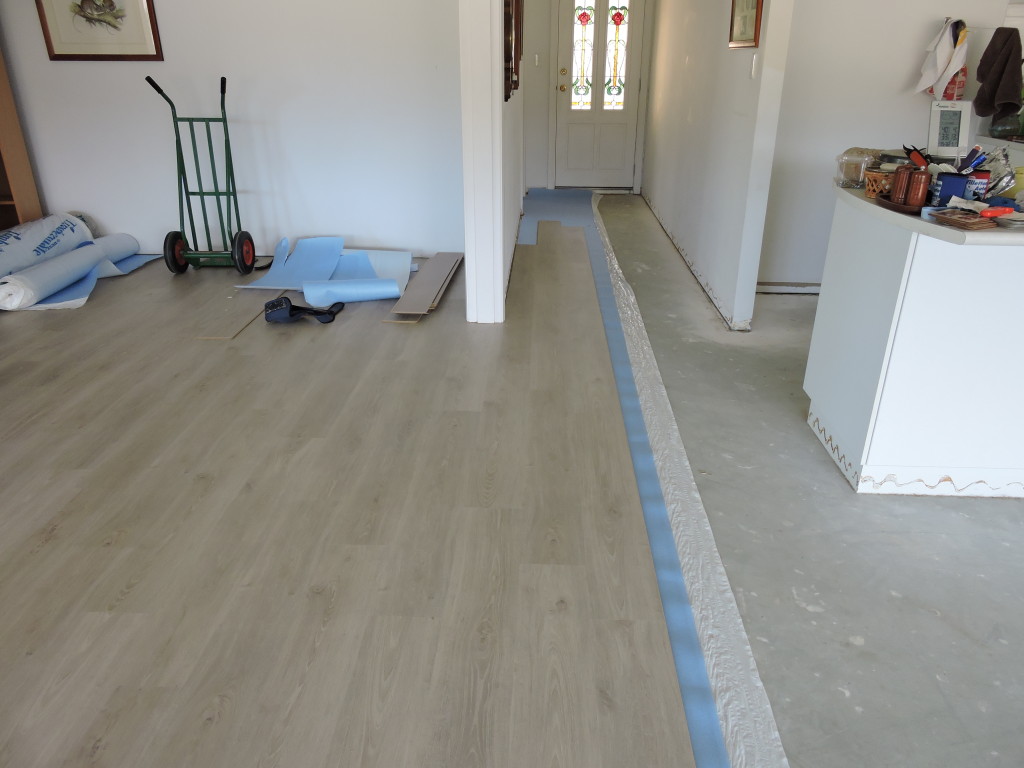 The summer vegetable garden has been very productive, with large quantities of bush beans, yellow squash, zucchini, potatoes, many types of tomatoes & sweetcorn. Therefore I have filled the freezer & pantry cupboard with zucchini cakes, tomato puree, soups, pickles & dried tomatoes in oil. Now we are picking some broccoli, butternut & Kent pumpkins as well as lots of watermelons. Ken has been busy with the tiller & planted more potatoes, peas, sweet potatoes & onions, whilst there are cauliflower, cabbage & broccoli in the fridge garden.

The lawns have grown well, thanks to the reticulation from the main dam with its nutrient rich water & top dressing of sand from the paddock. Having the grass has also reduced the dust.

Mother was able to visit us for Easter & celebrate with us the anniversary of our move to Marribrook. What a lot we have achieved, much of it with the help of our wonderful neighbours especially John with his enthusiasm & lateral thinking.

Some visitors are welcome, like this possum, but sadly it died from its heavy infestation of ticks in its ears.

Others are not looked upon kindly, though they do have their place in the ecosystem, such as this tiger snake.

We often have kangaroos & rabbits in the paddocks. We have also sighted foxes & emus.

There was an assortment of reconstitute limestone blocks behind the hayshed that Ken & John have sorted, then gradually found ways to use them. Firstly they built a new spillway on the main dam so as to raise the water level when the winter rains come.

Then, what started as skimming off a bit of dirt to plant some bulbs turned into a major project & so now I have a new flowerbed planted with cannas, agapanthus & lots of bulbs! It just needs the urn put in place as a centrepiece on the plinth.

The next job has been some pasture improvement, with ground worked up with the offset discs & harrows, firstly in the lower end of Central Park, then in part of the House paddock. Following an overnight shower all the ground has been seeded with a quality pasture mix & harrowed in. We just hope the ducks & the geese don’t eat all the seed before it germinates.

Ella is now 8 months old & a delight. She is showing great potential as a sheepdog, but is an escape artist of the highest order, so has to be tied up to keep her at home & not rounding up our sheep or either of the neighbours’ sheep. With a bit of wriggling she can get between the bars of Shadow’s garden as she is so long & skinny.

She has recently been to the vet so she won’t be having puppies of her own. She is not impressed at being at home most of the time & on light duties with a hood around her head.

The lambs have all been weaned & Duke is back with the ewes. It has started raining again this afternoon, so we hope for a good germination of the new pasture seed & a good number of lambs later in the year. The chooks have settled in well & as the egg producer at Boyanup was selling all their birds prior to redevelopment, we added a few more to our flock recently, so we now have a dozen chooks in residence.